Impact of COVID-19 on Agriculture

AFBF established the Distinguished Service Award in 1928 to honor individuals who have devoted their careers to serving the national interest of American agriculture. The Farm Bureau Founders Award was established in January 2017 to recognize exemplary leadership, service or contributions to Farm Bureau by officers or employees of AFBF and state Farm Bureau organizations.

Sen. Inhofe is a longtime friend of America’s farm and ranch families and an eight-time recipient of AFBF’s Friend of Farm Bureau award. His commitment to protecting landowners’ property rights, preserving our natural resources, and reining in federal regulatory overreach has brought relief to farmers and ranchers across our nation.

From the start of his public service career, Inhofe’s primary goal has been to shrink the federal government, after seeing firsthand how over-regulation was stifling our free enterprise system.

“I spent 20 years as a builder and a developer. I was out doing what Americans are supposed to be doing: expanding the tax base, making money, losing money,” Inhofe said. “All those years the chief opposition I had was federal over-regulation.”

Inhofe was first elected to Congress in 1986, and has served in the Senate since 1994. As a member and past chair of the Senate Environment and Public Works Committee, Inhofe has been a staunch advocate for farmers and ranchers through his work to stop unreasonable regulations, rebuild the nation’s crumbling infrastructure, protect investments in ag research and innovation, and promote policies that help create jobs and economic prosperity. He led the legislative charge to put a stop to the flawed Waters of the U.S. rule, and has been a leading voice on Capitol Hill for bringing a common-sense, science-based approached to the regulatory process. 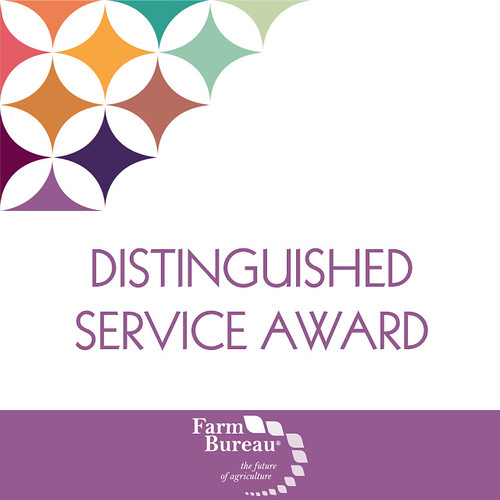 Kenneth Dierschke, a fourth-generation West Texas cotton and grain farmer, has served as a Farm Bureau leader for more than 50 years. A former Texas Farm Bureau president and AFBF board member, Dierschke credits his father with first urging him to step up as an advocate for agriculture.

Get involved he did. In his 12 years leading the Texas Farm Bureau, Dierschke was instrumental in gaining passage of three major farm bills.

“Farm bill was always high on his list,” said current Texas Farm Bureau President Russell Boening. “Being a West Texas farmer, cotton probably over most of his lifetime, he understood the importance of the farm bill, the importance of a good safety net.”

Dierschke fought, and won, other tough battles for agriculture like the Trans Texas Corridor—a massive private property takeover which threatened to run over farms and rural communities. He led by example to foster cooperation with other agricultural groups to the benefit of farmers and ranchers across his state and beyond. Dierschke also never missed an opportunity to discuss and promote trade of U.S. -grown and -raised products, and served as a member of the U.S. Trade Representative’s Advisory Council.

A lifelong advocate for agriculture, Dierschke continues to pass on the advice his father gave him as a young man:

“You are Farm Bureau. You’re the grassroots; that’s what this organization is all about. If you don’t do it, the leaders aren’t going to do it, because they listen to what you tell them, and that’s what drew me to Farm Bureau.”